Background – The Pheasant Hotel is a lovely hotel just outside Kelling on the North Norfolk coast road between Kelling and Weybourne.

We had booked ahead for this afternoon tea. A table was already set for us in the lounge area by a window when we arrived. There was a table cloth on the low table and it was set with a prettily patterned tea service. We also had white linen napkins. We sat on two sofas, one each side of the table. There were four of us eating on this occasion.

Comments – The teapot arrived some time before the rest of the afternoon tea meaning the tea had gone too cold by the time we were served. However, we were able to ask for and get a refill. 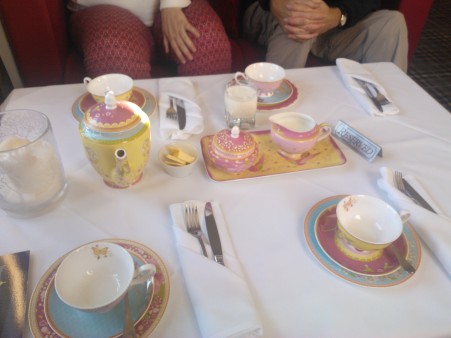 The afternoon tea was nicely served on a three tier china cake stand which matched the rest of the tea set, tea pot, etc. 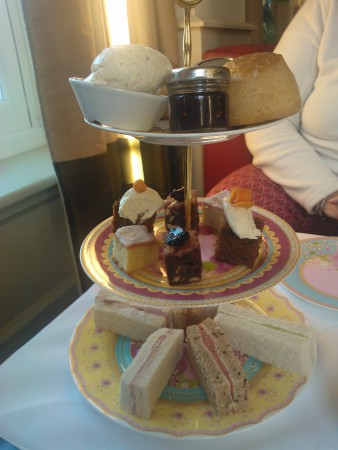 The sandwiches were a little on the cold side and one was going bit dry.  However, they were adequately filled and tasty.

The scone was of a reasonably large size However there was barely enough jam. There was no clotted cream served. Instead we were given a thick vanilla cream which was a little odd, and was definitely unusual. Personally I would have preferred clotted cream but the vanilla cream was ok.

The pieces of cake were all very small – the piece of lemon drizzle cake was barely an inch square. However, they were all fresh and pleasant tasting.

The tea was made with tea bags. Service was friendly.