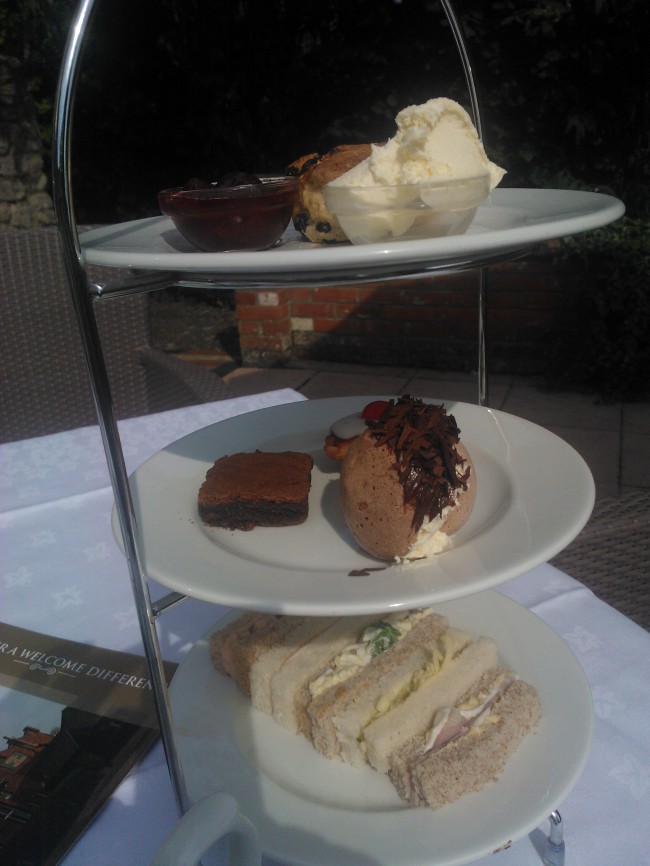 Background – We were spending the weekend in North Norfolk and wanted to try somewhere different for afternoon tea. A Google search led us to try The Roman Camp Inn. We had never been there before though we had been past the inn whilst driving in the area.

The inn is quite large with several areas for eating. It also has a large lovely garden to the rear with a terrace area above it. Afternoon tea can be taken in the lounge area or on the terrace. 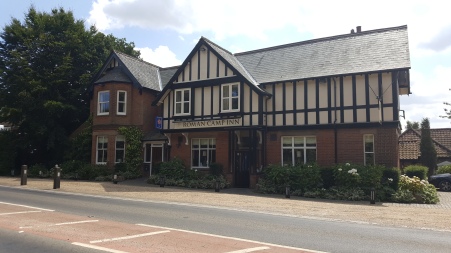 Comments – As it was a lovely day when we visited we were lucky enough to be served on the outside terrace, next to an extensive garden. The waitress first came out and laid our table with a cloth and some pretty china (including tea cups and saucers). She then brought out the tea in individual teapots. For once it was the perfect strength. The teapot contained enough tea for three cups of tea. 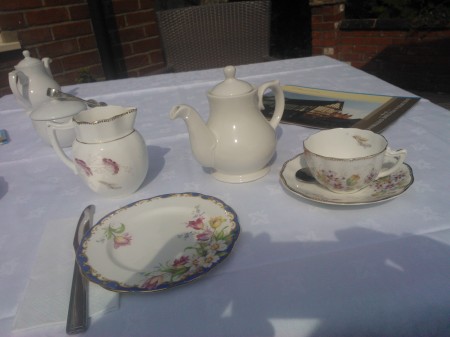 The afternoon tea was served on individual three tier cake stands with round white plates.

The fruit scone was of a good size and was tasty. There was an adequate amount of both jam and clotted cream.

The cakes were all of a good size and were very light and tasty. I particularly enjoyed the meringue with chocolate.

There was a choice of two teas, which was made with bags. The tea was of the right strength.

However, once we started our tea we were left completely alone which meant we were unable to ask for a refill of hot water for the teapots. We also ordered and received an extra cold drink as well which we needed due to the warmth of the day.