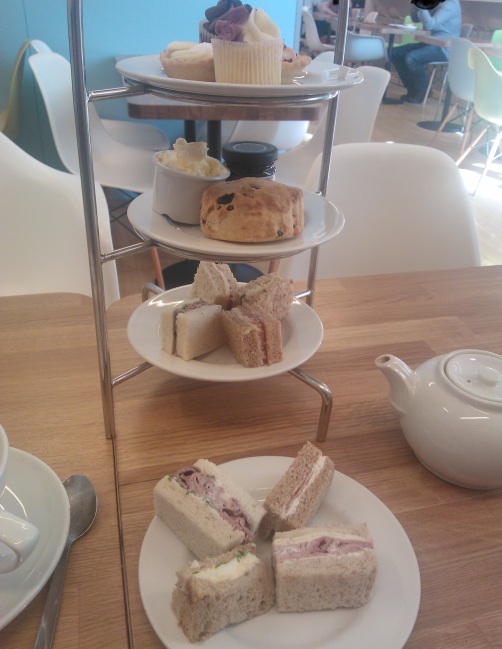 Background – The Marks and Spencer branch at The Beehive Centre in Cambridge is one of their Simply Food stores. It has a small café to one side next to the entrance. 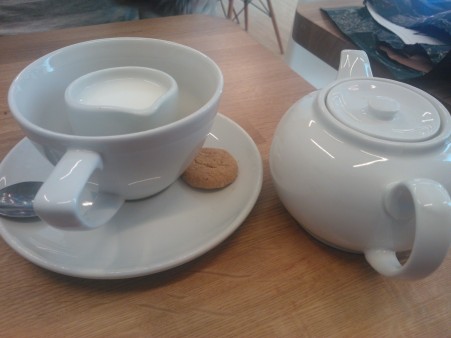 The food then arrived served on a three tier cake stand with small round white plates, with an extra plate with the second portion of sandwiches on. 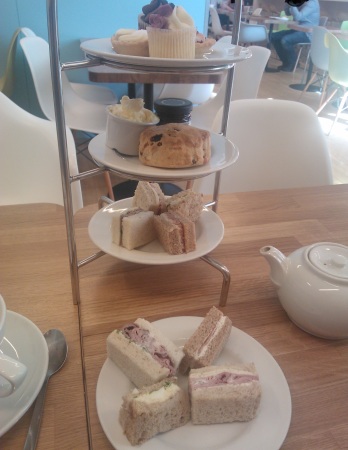 The sandwiches were quite small but fresh and they were adequately filled. 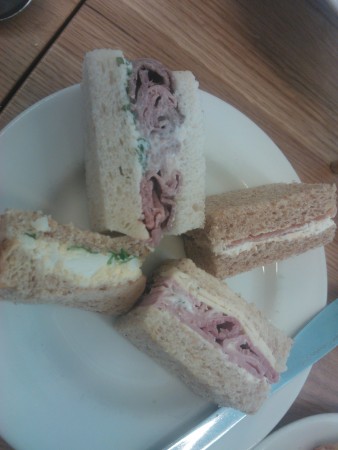 The scone was a reasonable size and was very tasty and fresh. There was plenty of jam and clotted cream. The jam was particularly tasty. It was nice to see the store using mini pots of their own jam. 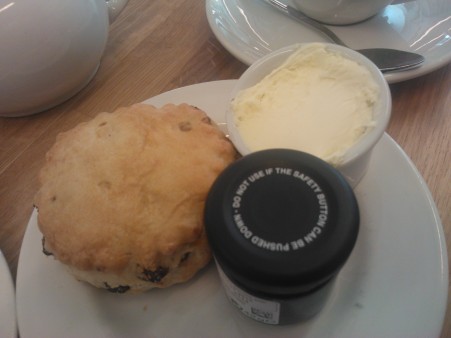 The two cakes were very small but tasty. It would have been nice to have had more cake but, given the price, two was an adequate amount each. 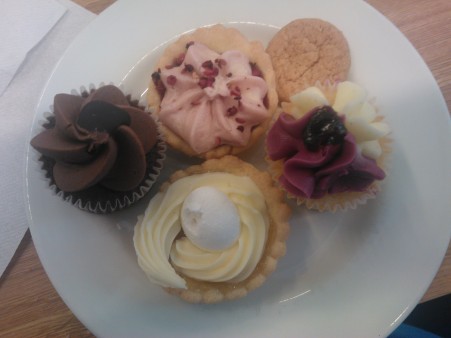 The tea was made with teabags.

The surroundings were not the best as we were in the shop’s café which is not entirely separated from the rest of the store.