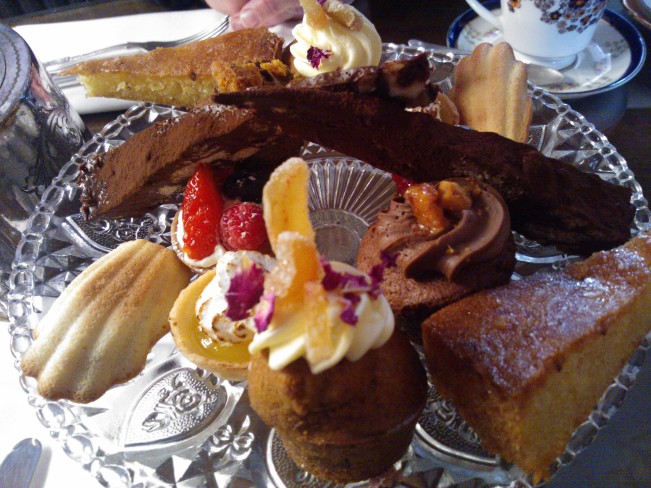 Background – We were travelling to Southend to go to a gig at the Pavilion. It was also my birthday so I decided to do some research and find an Afternoon Tea to have during our visit. It was our first visit to Southend so we had no idea where to go. Bacchus looked interesting when I looked at their website so I gave them a call and booked us in.

The day started really badly as I was really quite ill. However, it was my birthday and I had gone to a lot of trouble to get tickets for the gig to see one of my favourite bands, so we were still going to Southend, whatever I felt like. It was a horrible wet and windy day. Really miserable. It was a real birthday to remember!!

Bacchus was an odd little place full of really quirky items. It was very popular and was really full. We were shown to a small, ready laid table about half way back into the restaurant. We were quickly served what has been one of the best Afternoon Teas we have had – but I couldn’t eat it as I was feeling so rotten. We will definitely have to return!

Comments – Unfortunately I was not well on the day we had this afternoon tea so I was unable to eat most of it. Luckily my husband was fine and was able to report on much of the delicious looking food. We were able to take home the left overs, which was most of it, but were not given the cream and jam despite neither of us eating the scones.

We were seated in a busy café with the table laid with pretty non-matching china. 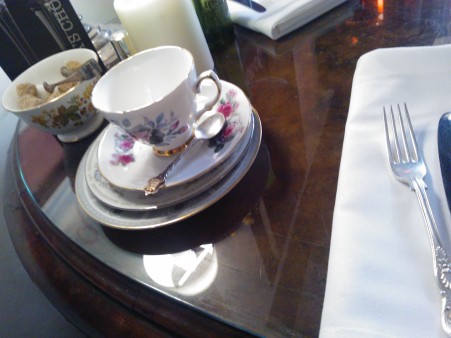 The tea arrived first in a pretty stainless steel teapot. 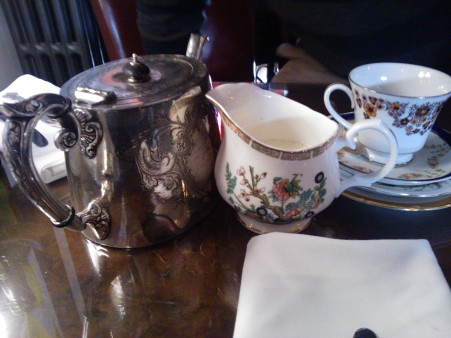 This was followed by the arrival of the sandwiches and cakes set out on two pretty glass cake stands.

There were plenty of good, fresh, well filled sandwiches. These were topped with a large, warm, homemade sausage roll which was sliced up. The sausage roll was particularly delicious.

There was a good variety of cakes, presented in an attractive way on the glass stands. The cakes were all very tasty. The Lemon Drizzle, Chocolate Brownie and Ginger Cupcake were particularly good. It was lovely to see such a variety of cakes and in a size that meant you could eat them all if you wanted.

The scones were served last on a piece of slate. They were warm and fresh and it was nice to have both plain and fruit scones each. There appeared to be enough jam and cream but as we took the scones home with us and were not given any jam or cream to take I cannot confirm this. 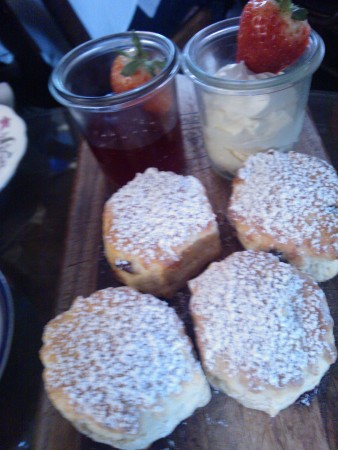 There was a choice of teas. The tea was loose leaf. We asked for a refill and got this with no problem or extra charge.

Service was very pleasant and friendly. When I explained I was unwell we were immediately told we could take home anything we couldn’t eat. When we asked to do this we were given a neat parcel with everything in it.