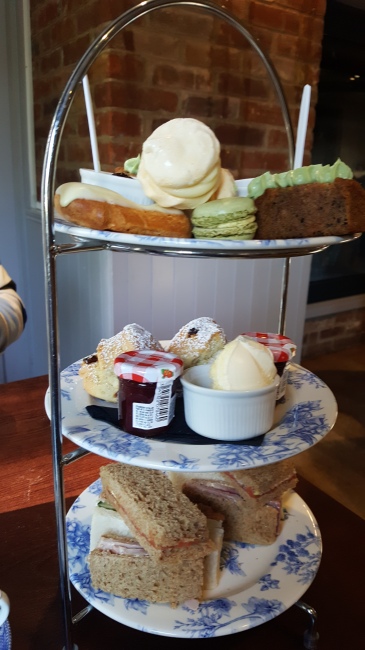 Parking and Access – There was some parking right outside the front of the hotel, near the entrance. The rest of the parking is found behind the hotel where there is a car park. There were small steps both outside and inside the entrance to the hotel but it was possible to easily avoid these and enter on the level. There are toilets near to the restaurant with flat access.

Background – Sudbury is a small Suffolk town on the River Stour near the borders with Essex. There are many lovely old buildings in the town, which is the birthplace of the painter Thomas Gainsborough.

The Mill Hotel is located not far from the centre of the town. The building is a large converted water mill with the original water wheel still turning inside. Beside the building is the mill pond 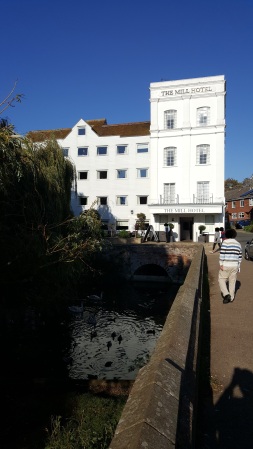 and behind the building are beautiful water meadows. 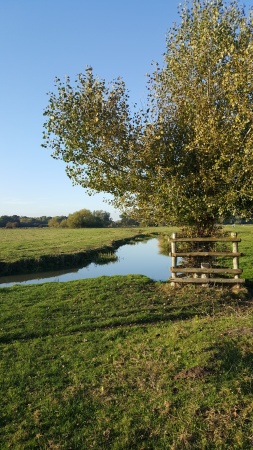 There are large, popular outside areas adjoining the bar area, and a smaller terrace area overlooking the millpond next to the restaurant. 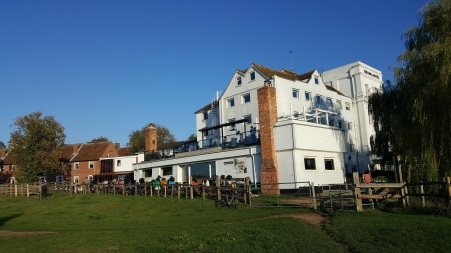 Contents – 4 rectangular sandwiches (two of salmon and cream cheese, one ham and one cucumber and cream cheese). 1 small fruit scone, a mini Bonne Maman pot of strawberry jam each and a shared pot of clotted cream). A mini dessert of lemon posset topped with blackberries, a mini meringue sandwich filled with lemon cream, a mini eclair, a macaroon, a mini carrot cake. Pot of your choice of tea.

Options Available – There are no options available for this Afternoon Tea.

Comments – We were shown to a table next to the window, which overlooked a terrace and the mill pond. It was also near to the turning water wheel that is visible in the restaurant.

The table was laid with blue and white china and a thick paper napkin holding a knife and fork. 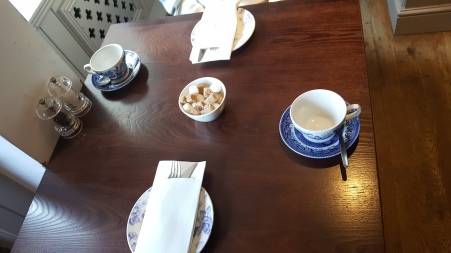 The chairs were nice and comfortable. 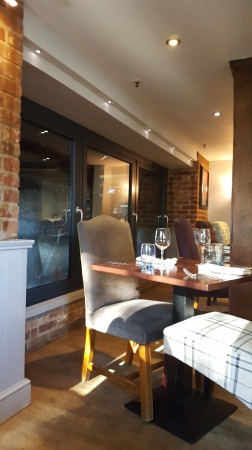 As soon as we reached the table we were asked for our drink order. We chose our usual English breakfast tea.

The tea arrived quickly but was served in what appeared to be a slightly dirty white teapot along with a white jug of milk. 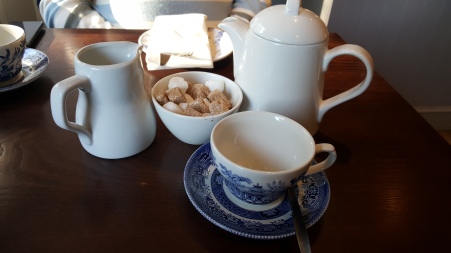 We were using a Travelzoo voucher for this Afternoon Tea, which included a glass of prosecco each. This arrived just after the tea, so we were drinking that first and didn’t try the tea for a while. 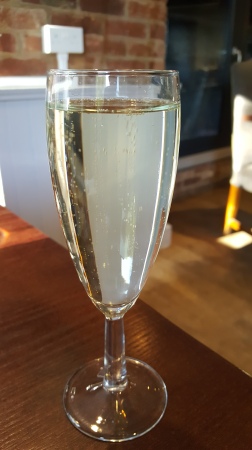 When we did, it was pretty strong. It was also very scummy and when I had finished my cupful, my cup was filled with speckles from the tea! It was not very nice at all. How can you make tea that badly?? We asked for a top up of water in the pot but it was no better. I only had the one cupful. The tea was made with teabags.

The Afternoon Tea itself arrived some twenty minutes later and was served on a plain metal three tier cake stand with matching round blue and white plates. 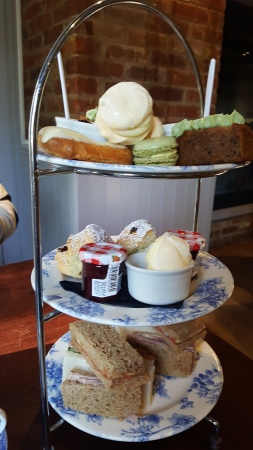 The sandwiches were reasonably fresh and were well filled. We were the last people booked in for Afternoon Tea and we did wonder if there had originally been a fourth filling, rather than the two smoked salmon sandwiches. However, we were unable to check this at all. The ham sandwiches were particularly good with a nice thick layer of ham inside. 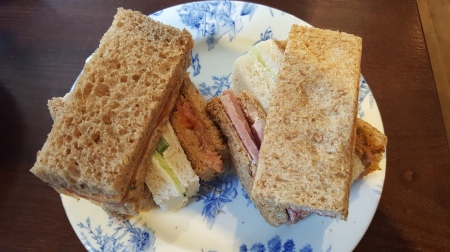 Unfortunately, the scone was not very good. It was quite small and was really quite hard. 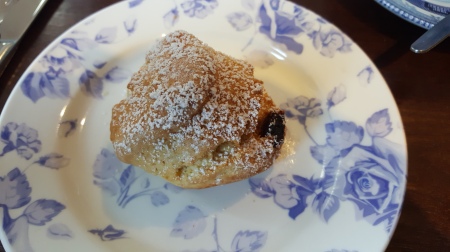 It had been warmed up and dusted with icing sugar, which looked very nice, but it just wasn’t fresh and it contained very little fruit. 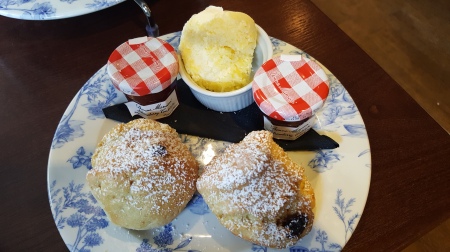 There was plenty of both jam and clotted cream.

Luckily, the remaining sweet items were all really good. The macaroon was beautifully sticky, as was the meringue. The mini carrot cake was tasty with a hint of cinnamon and the lemon posset was delicious. The only thing that let it down was that the mini éclair had virtually no filling. Everything was nice and fresh and well made. 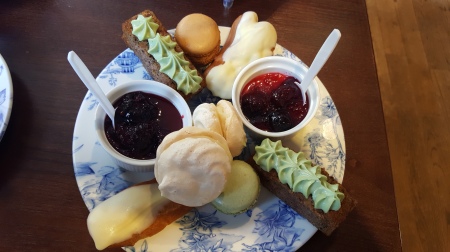 Service was very good to start but then rather disappeared. However, we were able to find someone to top up our teapot when we wanted.

This was actually a very good Tea but it was sadly let down by two crucial elements – the scone and the tea. 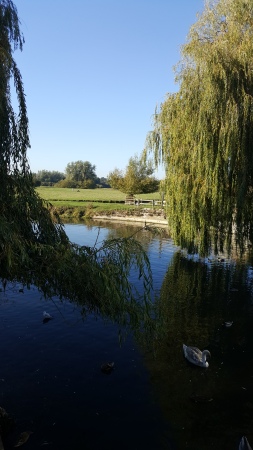