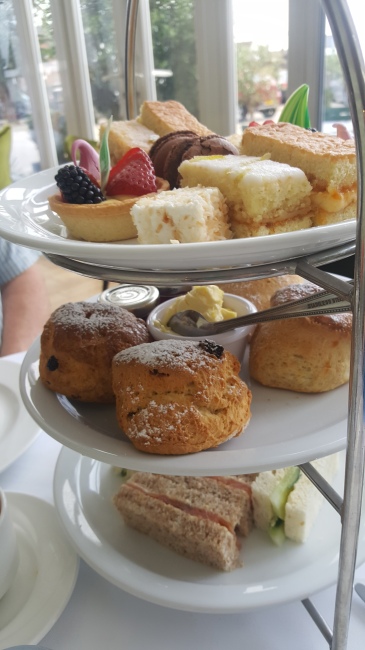 Parking and Access – There is a good amount of parking right outside the building, with a small step up to the terrace outside the main entrance. There is level access to the Restaurant once inside. There are toilets nearby which also have flat access. 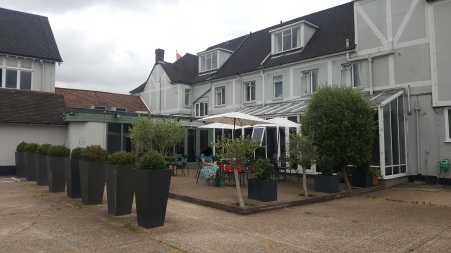 Background – We just wanted to go somewhere different. The County Hotel had been on my (extensive) list for some time, and we had never visited Chelmsford before.

The County Hotel is near the centre of Chelmsford. It is clearly a popular venue for weddings and parties. There was a wedding and two smaller parties going on when we were there.

Contents – 4 rectangular sandwiches (smoked salmon with dill creme fraiche, ham or cucumber with minted cream cheese and egg mayonnaise). A medium sized fruit scone and a medium sized plain scone, a mini Tiptree pot of strawberry jam, a small pot of clotted cream. A mini fruit tartlette, a pistachio and chocolate macaroon, a piece of lemon cake, a piece of apricot cake, a cube of coconut marshmallow and a small pink meringue. Pot of your choice of teas from a special tea menu.

Comments – We were shown to a table with comfortable chairs in the conservatory area of the restaurant. 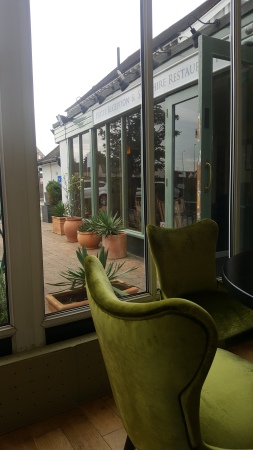 The table was laid with a linen tablecloth, round white crockery, cutlery, a glass and a linen napkin. 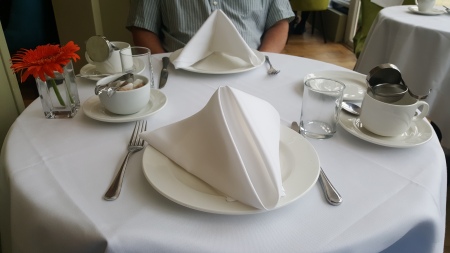 The cups were topped with an interesting tea strainer each. 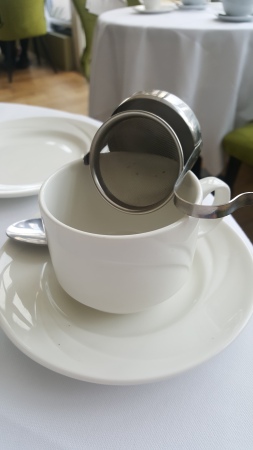 The pleasant waitress brought us a jug of iced water and a box containing pots of ten different types of tea for us to choose from. She explained that we could try as many different teas as we liked and have as many refills as we wanted. In a departure from our usual habits, we both chose a strawberry and mango tea. 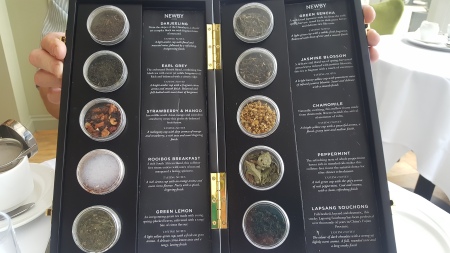 The tea arrived in a nice round white teapot. 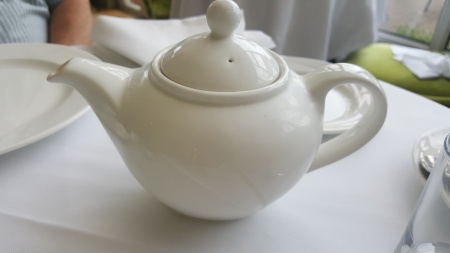 When poured, the tea was a lovely dark pink colour. It was very refreshing, but each pot only made two teacups full of tea. We ordered more of the same. 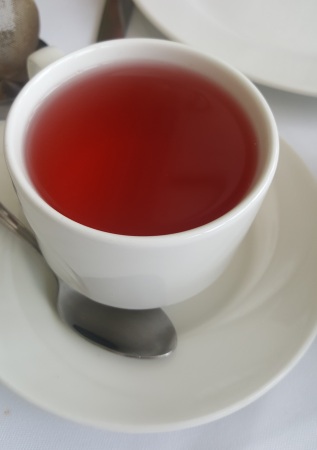 The Afternoon Tea itself arrived on a plain metal three tier cake stand with round white plates. 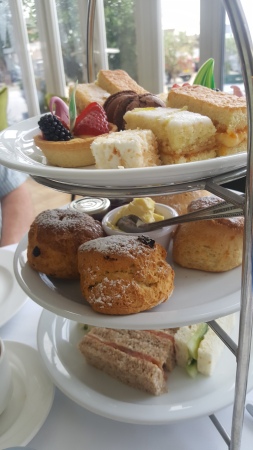 The sandwiches were not quite as advertised on the hotel’s website. We had asked for our ham sandwiches to be made without mustard but they were supposed to come with chutney as well. We were given just ham, which was thin packet type ham. The sandwiches were generally well filled and were fresh. 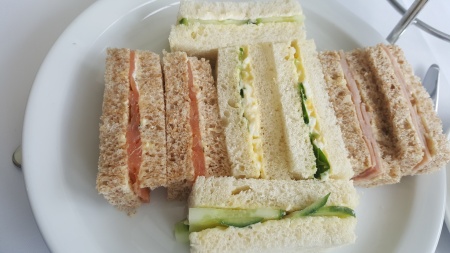 The scones were medium sized and had been warmed up. There was just about enough strawberry jam as we had a mini Tiptree jar each. However, there was not enough clotted cream. We requested some more and received a second pot. 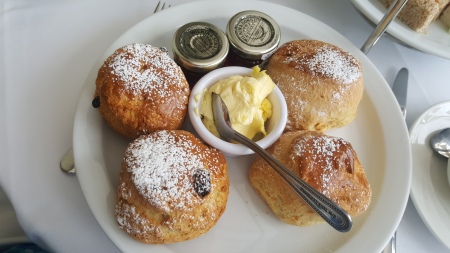 As with the sandwiches, the cake part of the Afternoon Tea did not match that advertised on the hotel’s website. Three of the advertised items were there, but the fourth – a white chocolate and lime tart was replaced with a fruit tart, which was very disappointing. However, we also received a small cube of coconut marshmallow and a mini pink meringue. The marshmallow was ok – I’m not that keen on marshmallow, but the pink meringue was underdone and was still somewhat raw in the middle. 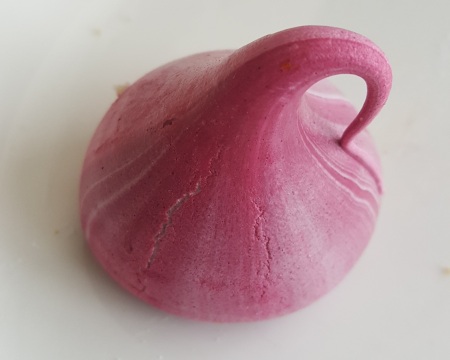 Also, the apricot cake was rather dry and the advertised lemon drizzle cake was a small lemon cake. Tangy and tasty but definitely not lemon drizzle. 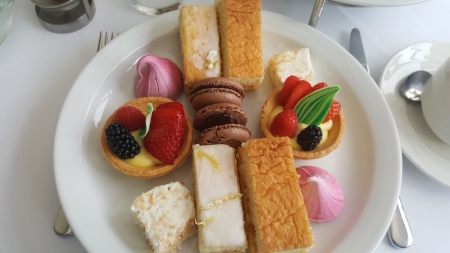 Service was good throughout and we were visited and checked that all was ok on several occasions by different staff. 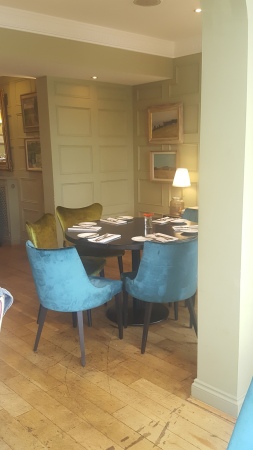