Parking and Access – There is one small step up to enter the venue. The only toilet is situated up a flight of stairs with no alternative access. There is on-street parking available in front of the building.

Background – Well, we are back in lockdown, so it is back to Afternoon Tea by post for a short time. As it is getting near to the festive season, we decided to see if we could find any festive Afternoon Teas from any of the companies on my previous lockdown list of potential Teas. Luckily, we found a few!

We decided to try the Festive Afternoon Tea At Home offered by a company we had not used before – Cutter and Squidge.

Contents per person – Two mini sausage rolls. These were not included in the Tea as it was delivered. Two medium / large plain scones, a large jar of strawberry jam and a mini tub of Rhoddas clotted cream. One mince pie and a mini loaf sized spiced molasses cake. A small packet of Cutter and Squidge’s loose leaf tea.

Options available – No options are available for this Afternoon Tea.

Comments – The Afternoon Tea arrived on the day requested. It arrived in a cardboard box wrapped in a plastic bag. There was a large label on it saying that the parcel ‘must be delivered today’. 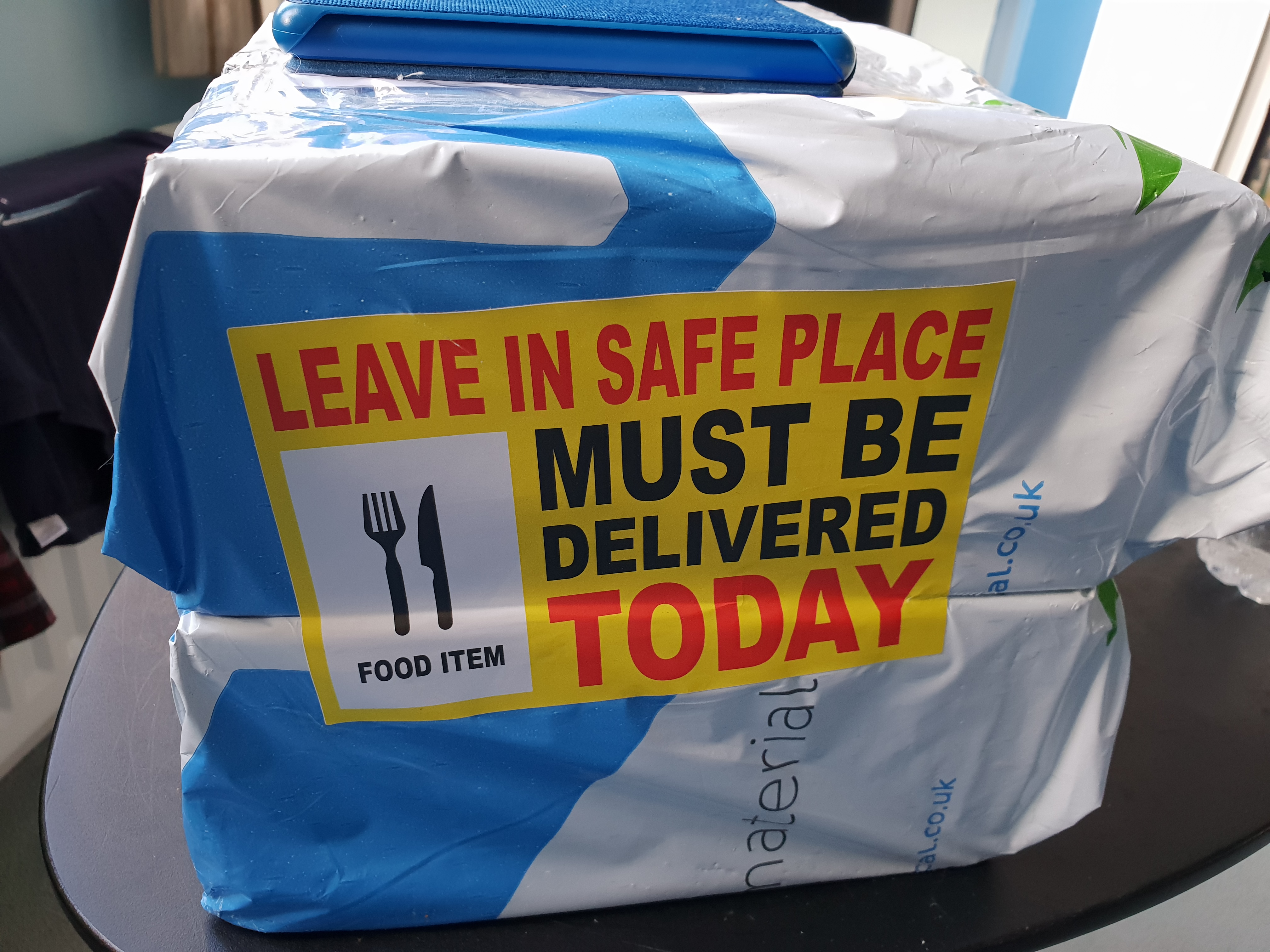 Inside the cardboard outer box there was a Cutter and Squidge box, 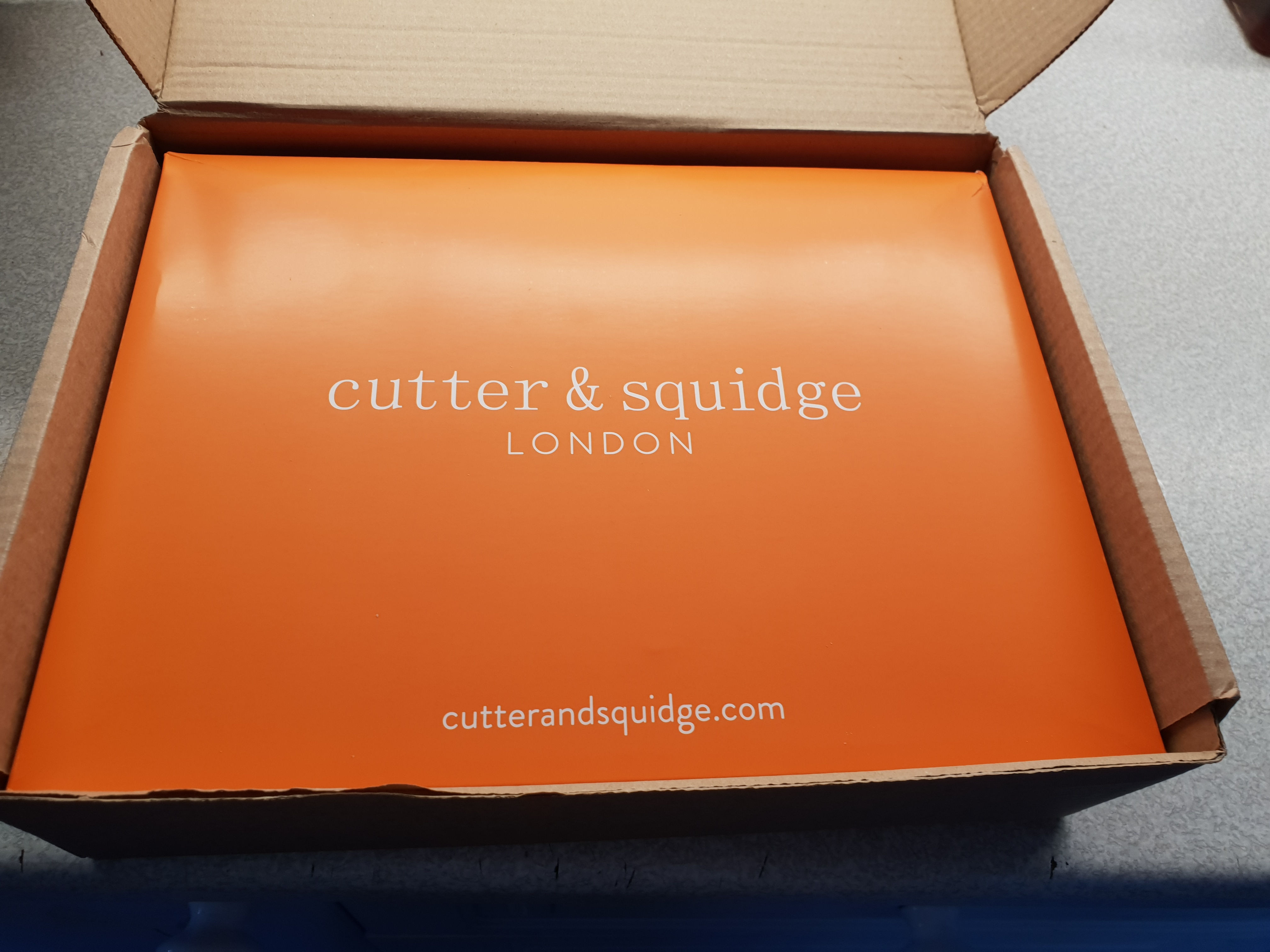 which contained all of the Afternoon Tea items. 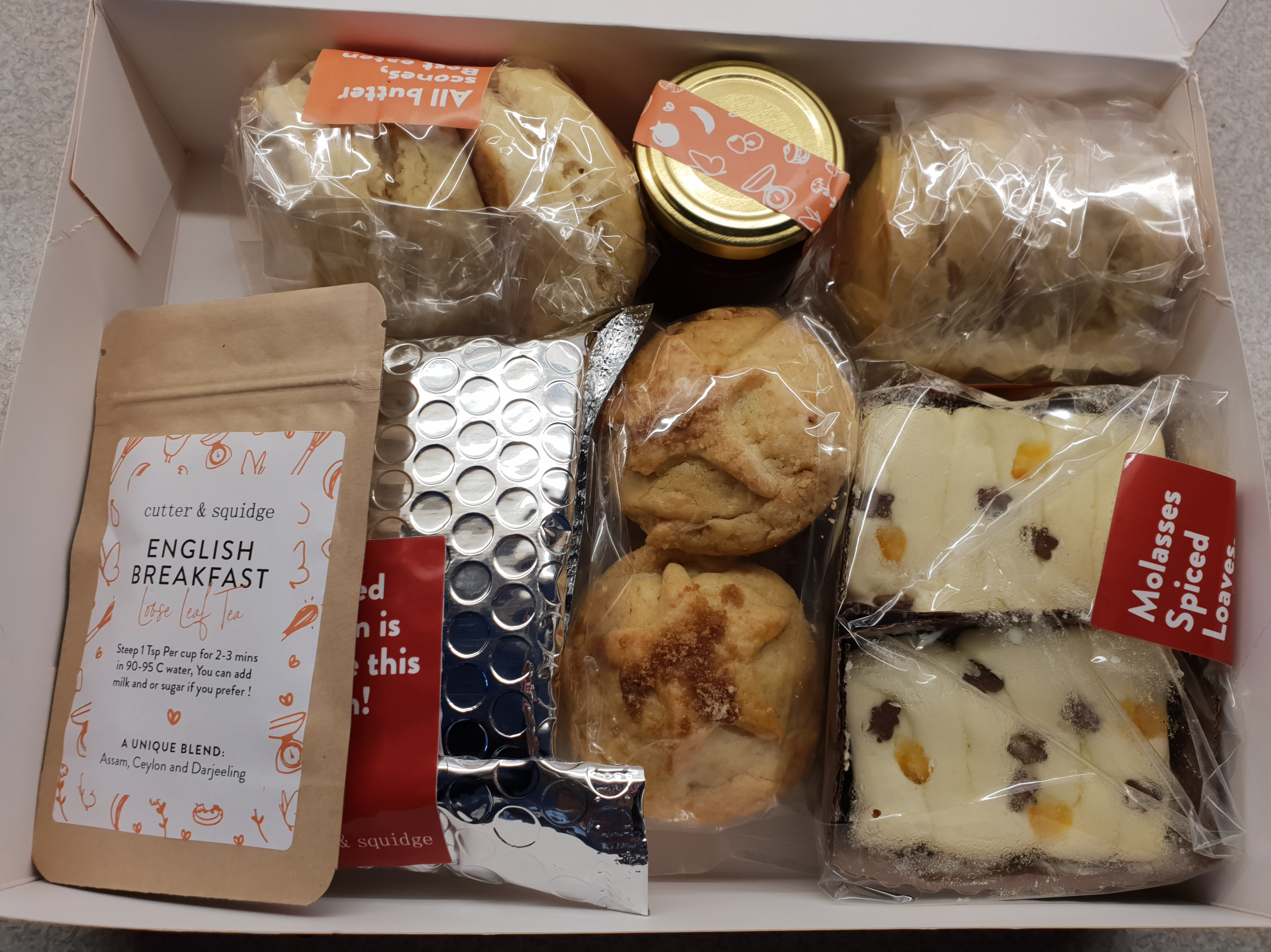 The clotted cream was contained in an insulated package, which we transferred to the fridge. 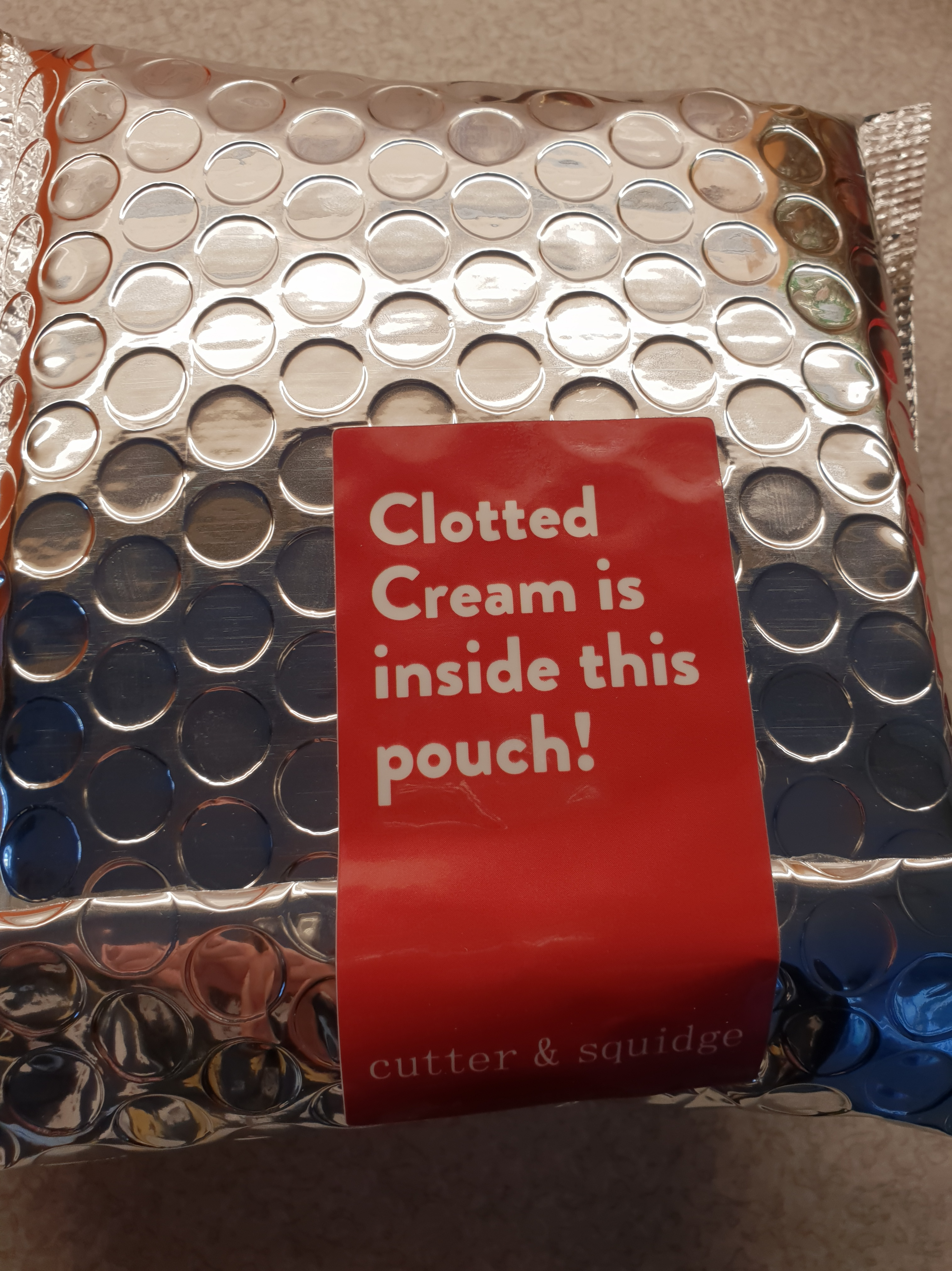 I have based my presentation score on the way the package was presented and the state it was in when it arrived.

We made the tea with the English Breakfast tea from the box. It was a nice tea and was a good strength for us. There were enough tea leaves provided for several pots of tea.

We served the Afternoon Tea itself on a two-tier cake stand with pretty flower-patterned plates.

There were no savoury items included in the delivered Tea for obvious reasons, so we added a packet of four mini sausage rolls (two each) from Marks and Spencer. We warmed the sausage rolls up, using the instructions on the pack. As I did with previous delivered Teas, I have not scored these in the usual way as they were not part of the Tea. I decided to give them a full score of two as I felt this is the best way to keep the score for the rest of the Tea in line with the scores for ‘normal’ Teas with everything included.

We warmed the scones up in the oven before serving them, following the instructions provided. The scones were fairly large and tasted fresh. However, we felt they were a little doughy. 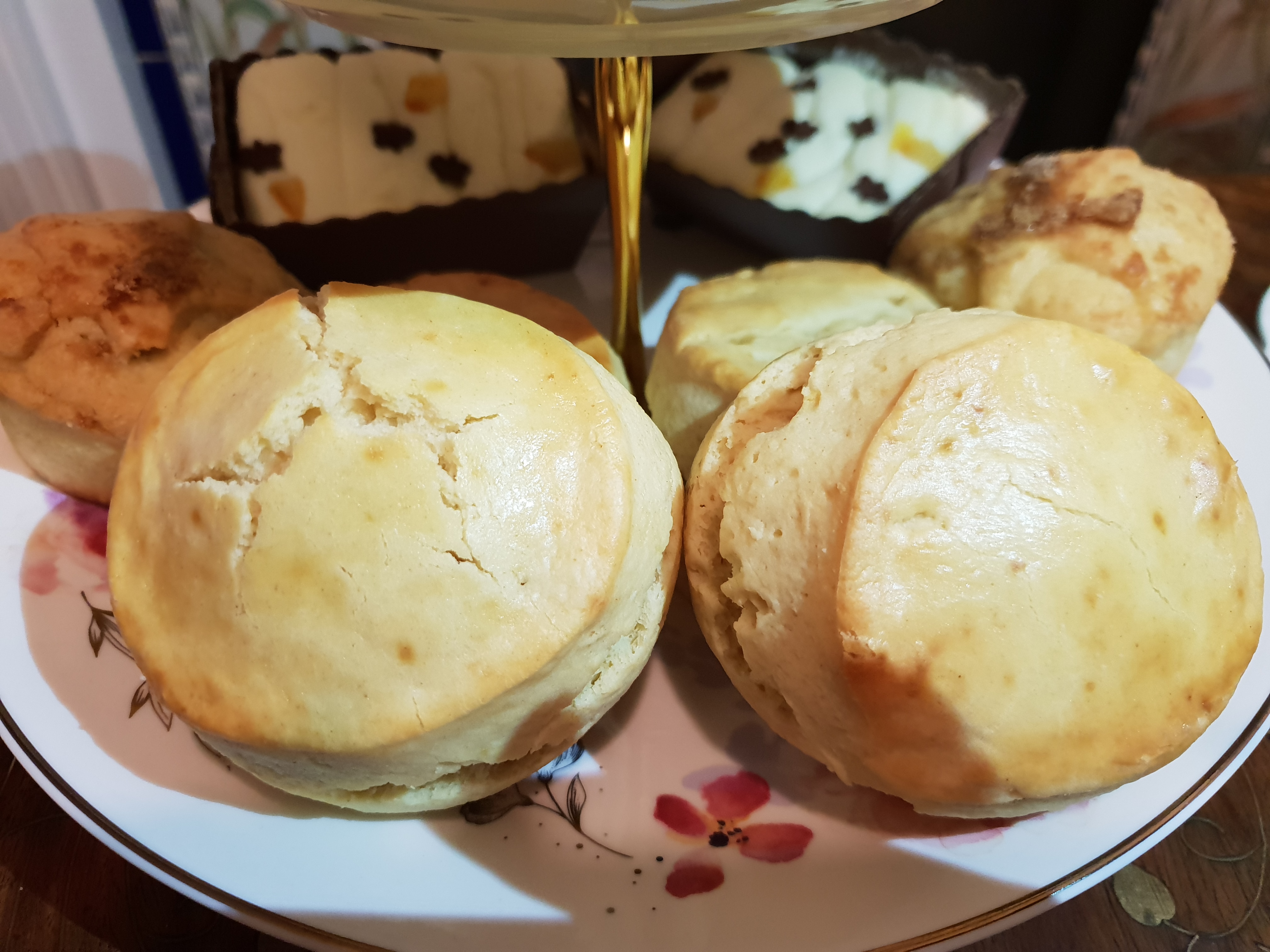 They scones were packed in twos, which meant we could have saved one pack for later, if we had wanted to. 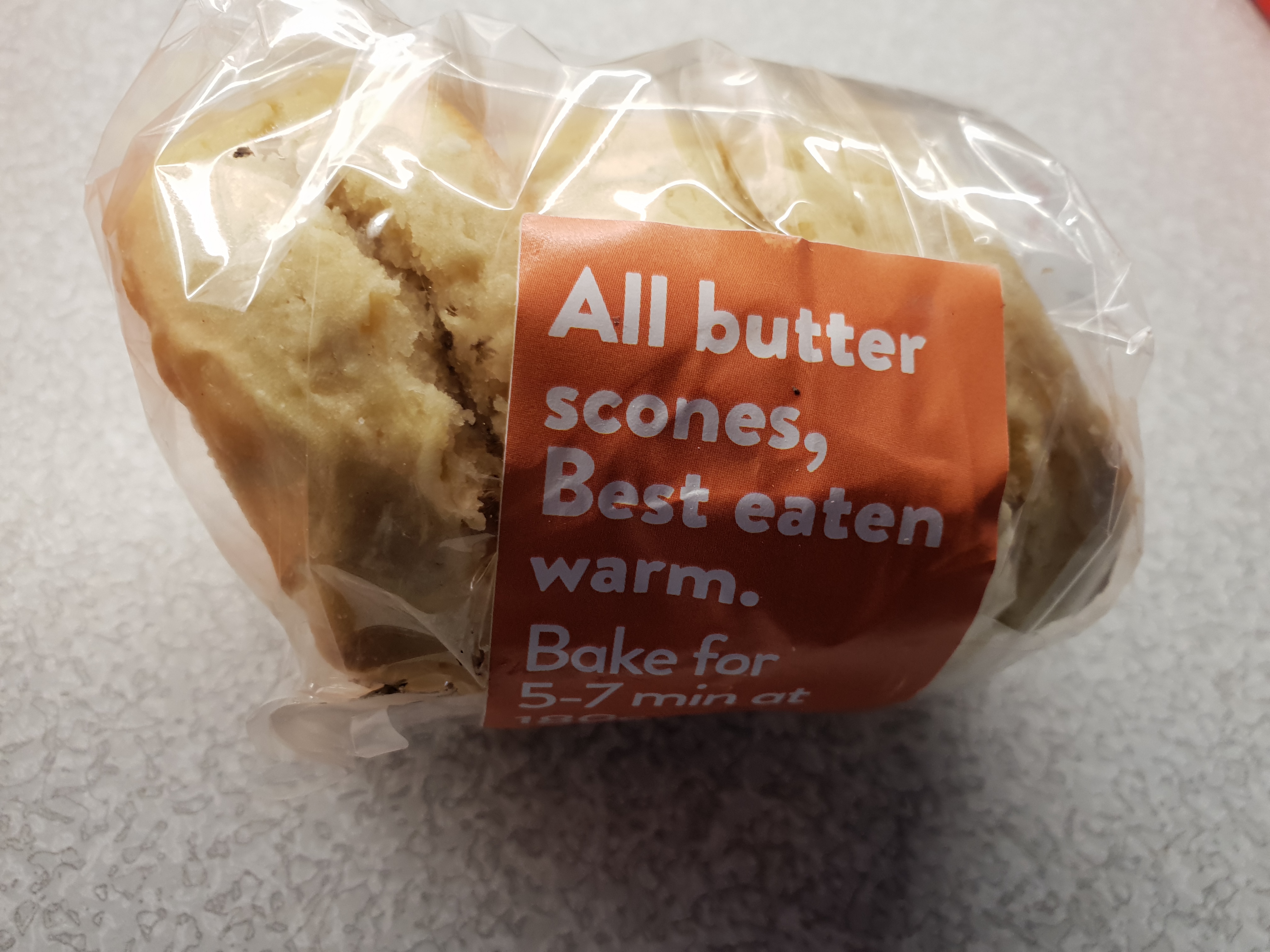 I did feel that, as this was supposed to be a festive Tea, it would have been nicer to have included fruit scones. Or to have made them with a bit of Christmas spice.

The jam provided was a small ‘normal sized’ jar of Cutter and Squidge’s own brand jam. 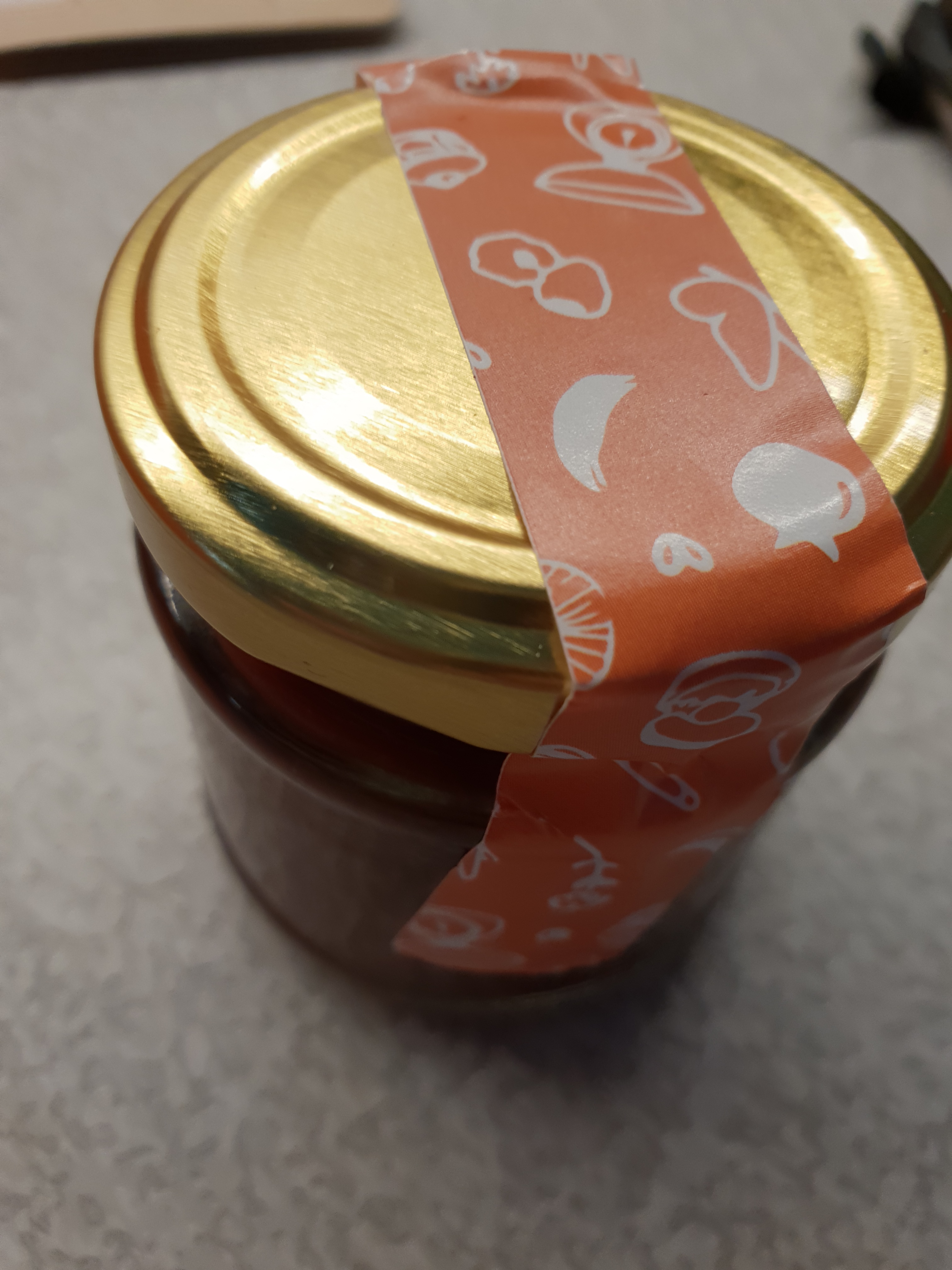 Unfortunately, the jam was rather runny. This made it quite difficult and messy to use, as it just ran off the scones! There was plenty of jam for the scones, with some left over.

The clotted cream was in the usual small Rhodda’s tubs. However, there was only one tub each, for two quite large scones. Needless to say, there was not enough for the scones.

The mince pies were large, deep, well filled and extremely tasty. There was a hint of cinnamon about them, which gave them a particularly festive flavour.

Finally, we had a little loaf cake each. These cakes were described as spiced molasses. They had a vanilla buttercream topping, with a few sprinkles on top. The cakes were moist and tasty. However, they were not very deep, meaning there was not a lot of sponge. They had an orangey flavour to them. We liked the cakes, but felt they should have been a bit deeper. 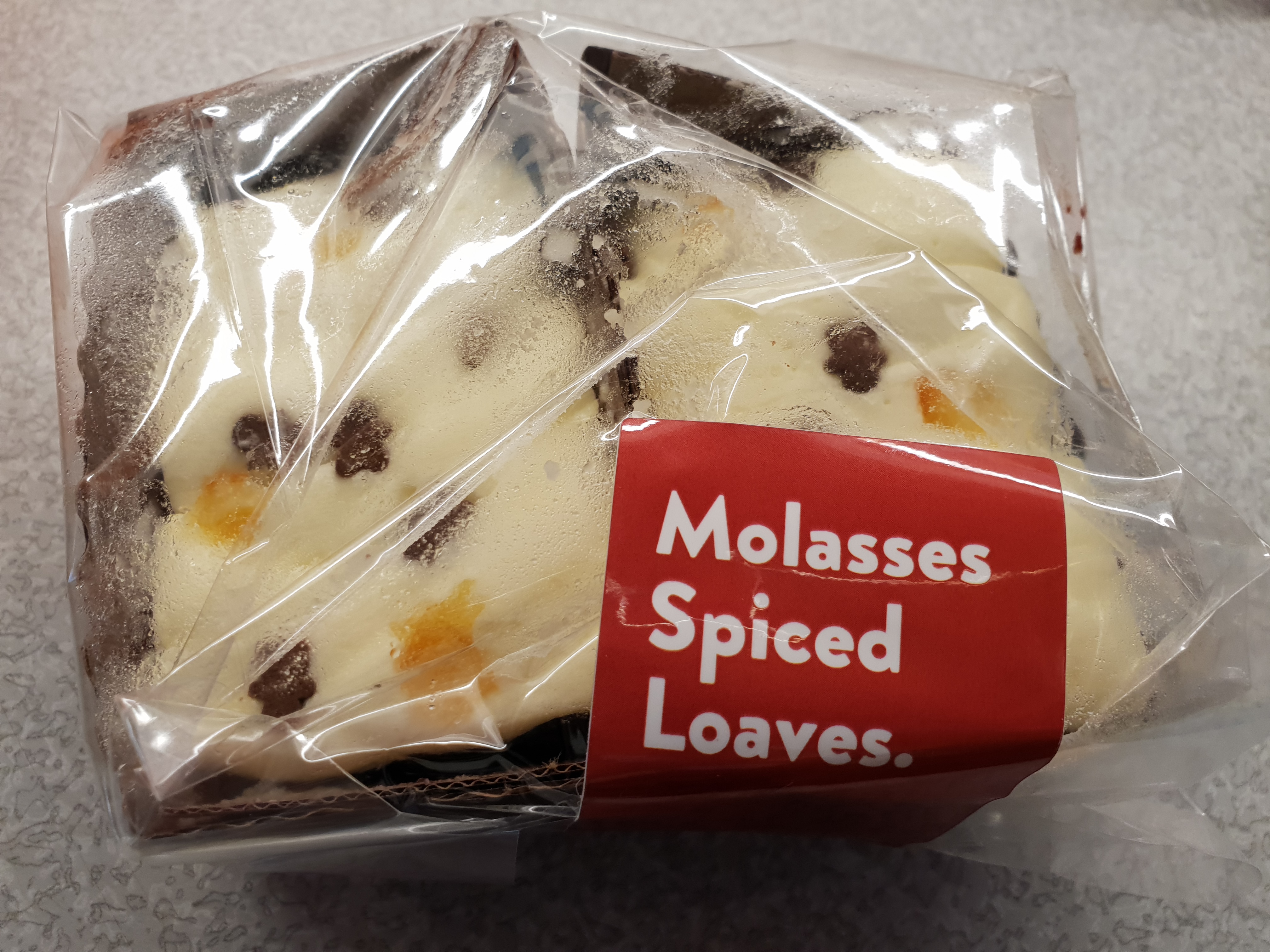 I have based my service score on the service we received from the on-line company. We felt the service was good, however, the delivery charge was quite high compared with other companies.

The website was fairly well presented and clear, and the box arrived in an excellent condition.