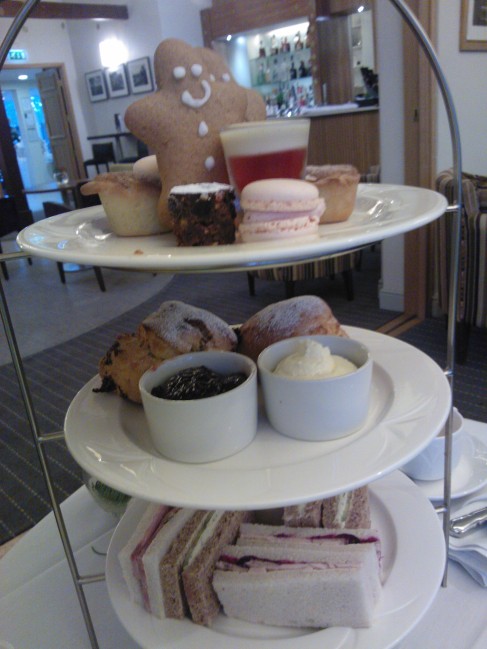 Background – Quy Mill Hotel is situated in the village of Stow-Cum-Quy just outside Cambridge. It is based around an old watermill but has been heavily extended and added too with rooms in a separate building and also a spa. 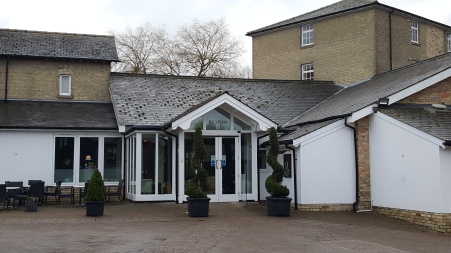 Contents – 4 finger sandwiches (ham and piccalilli, turkey and cranberry, cucumber and cream cheese). 1 orange and raisin scone and a small bowl each of strawberry jam and of clotted cream. A very mini piece of Christmas pudding, a gingerbread man, an orange and cranberry macaroon, a small Bakewell mince pie and a very mini panna cotta with mulled wine jelly. Tea was loose but was contained in a cage in the teapots.

Comments – We were sat just off the bar area in a modern conservatory.

We were first brought a round stainless steel teapot and a jug of milk. 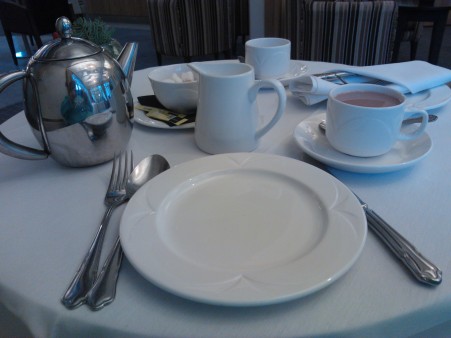 The Afternoon Tea then arrived on a three tier cake stand with round white plates. 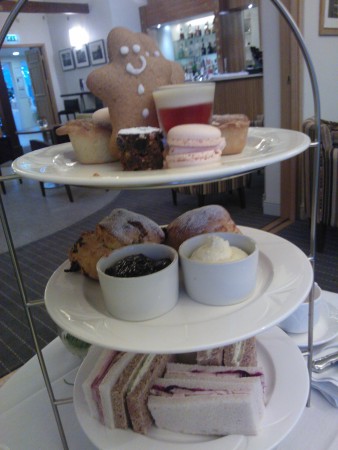 The sandwiches were mixed with some on white bread and some on brown. They were fresh and tasty and generally well filled. I particularly enjoyed the turkey and cranberry sandwich. 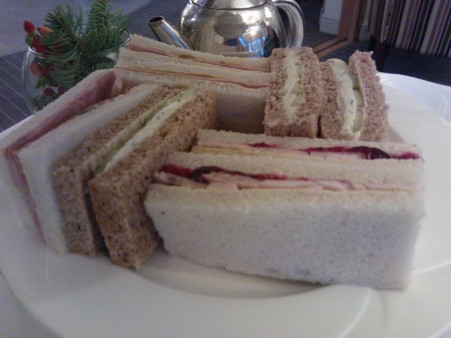 The scones were quite big and we were able to split them into three layers. They were warm, fresh and well cooked. There was just enough strawberry jam and barely enough clotted cream. 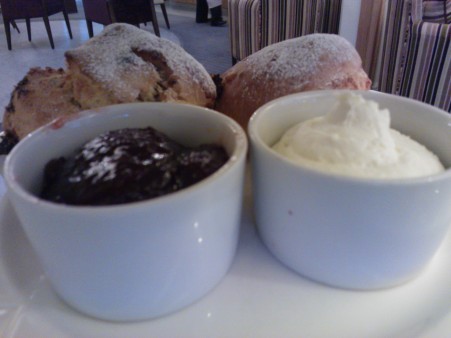 The cakes were very small but delicious and fresh. The gingerbread man was of a good size. The mini desserts was particularly tasty but extremely small! All of the sweet items had a festive feel about them which we particularly enjoyed. 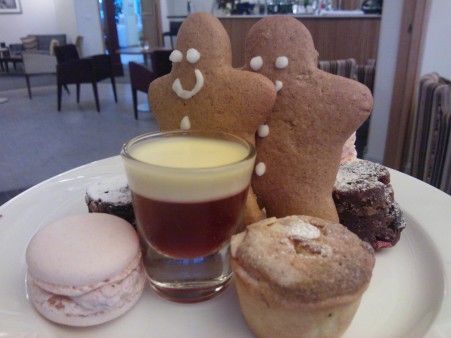 There was a limited choice of teas to choose from. The tea was a little on the strong side. There was plenty enough for two cups each. We were offered a refill.